We are founders. We are artists. We work the hardest.
For local community, startups, and misfits.

To create opportunities where none existed.
‍

In 2016, Rhyme Combinator staged their first live reading of ZipSloth the Musical to a sold-out crowd, written and developed by Beau Lewis, Jodie Ellis, Brent Schulkin, and Jason Tan. The project started as a weekly freestyle rap session, building steam with amazing collaborators in music, tech, and the arts - who all saw meaning in getting vulnerable and celebrating the grit of Bay Area innovators and creators.

RC then added co-producers Anthony Veneziale (Broadway’s In the Heights, Freestyle Love Supreme, Speechless) and Sara Faith Alterman (Mortified) to the squad for the next revision of the Musical, which features music from Budo (Macklemore), Jeff Kite (Julian Casablancas and the Voidz), and Deep Watterz, while linking with Bay Area hiphop legends Hieroglyphics.

In 2018, they unveiled DEMO NIGHTS, a 3-night program featuring an expanded version of ZipSloth the Musical, Startup Rap Battles, a live-band freestyle cypher, and performances from Bay Area hiphop legends including Mac Mall, Lateef the Truthspeaker, and Tajai and DJ Toure of the Hieroglyphics crew. Stay tuned for RC's additional shows and developments planned for 2018 and 2019.

Rhyme Combinator's vision is to create an innovative live Musical format to rival Broadway - one that captures the attention of the next generation, developed right here in the Bay's diverse cultural community from Silicon Valley to Vallejo. Think of Hamilton meets HBO's Silicon Valley. 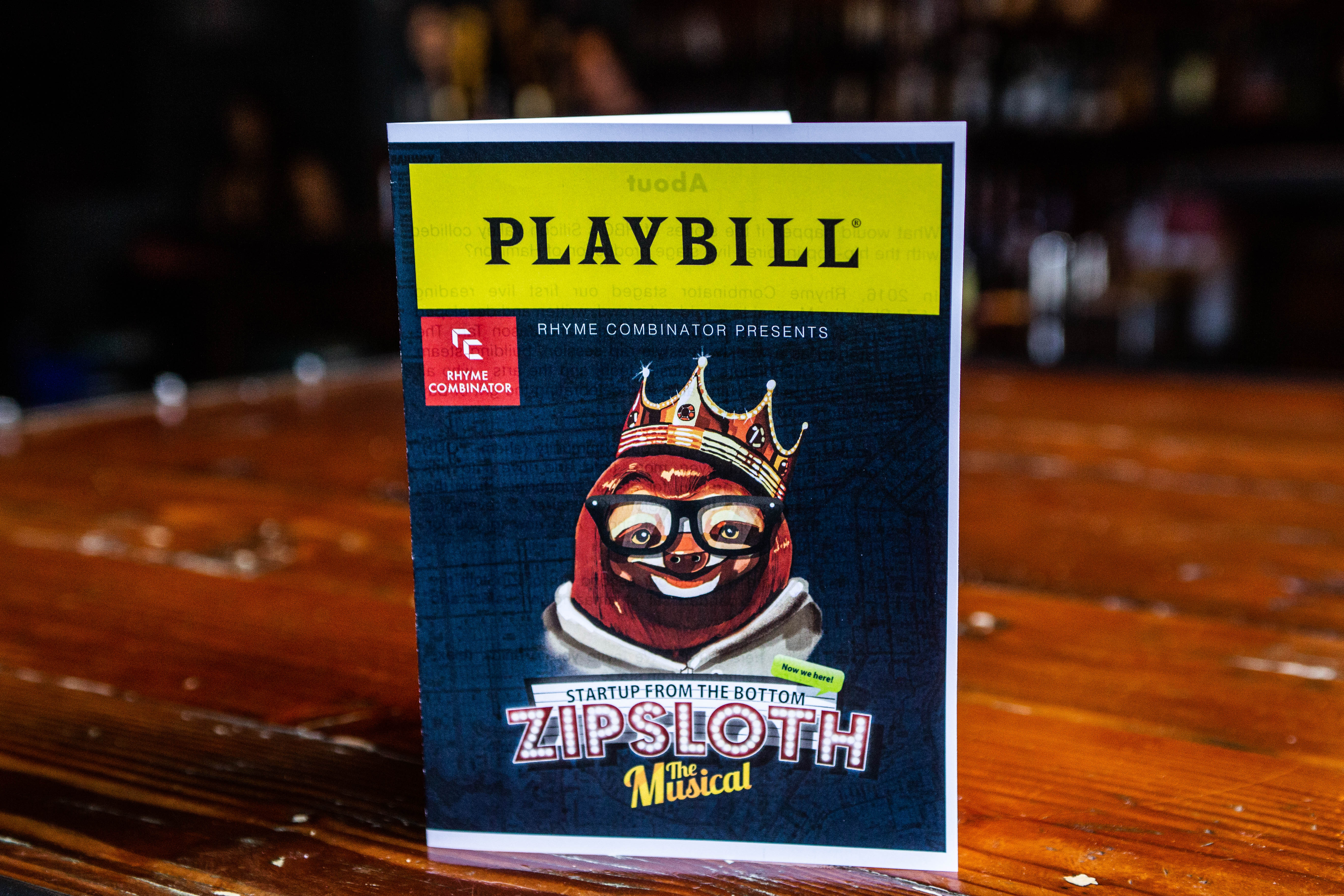